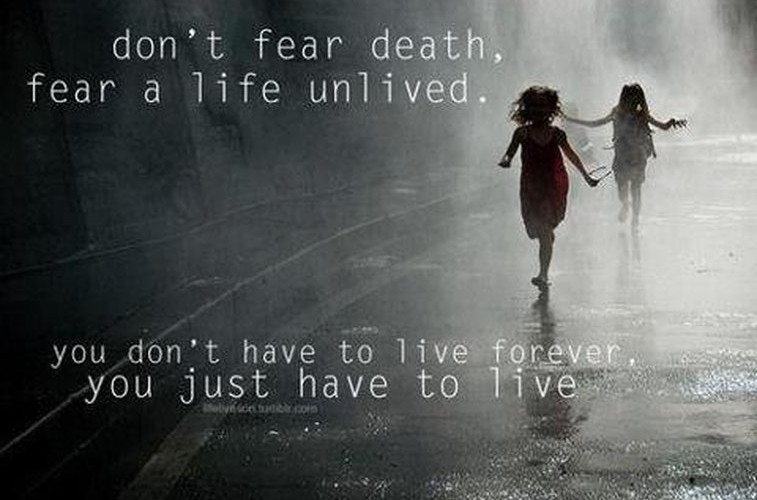 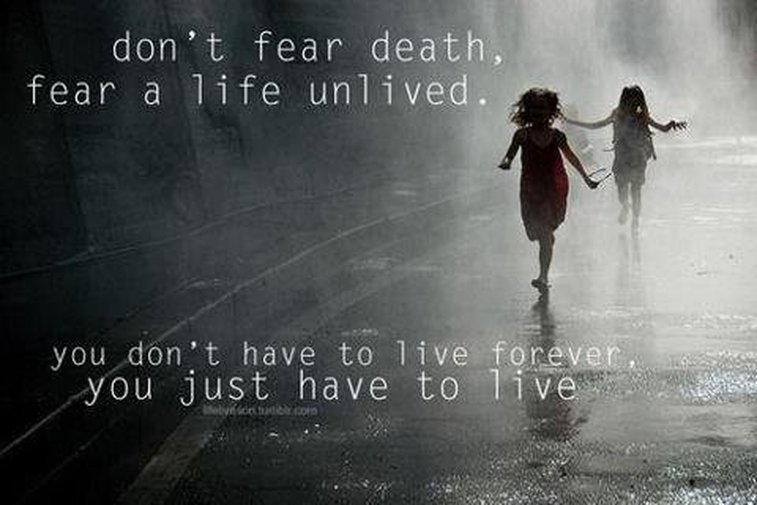 I am convinced that fear drives almost all of our behaviors. It has become more and more clear to me as I have gotten older and more aware of my mortality. Death is the thing that we all fear the most.  Hundreds of published academic papers have shown that worrying about death affects everything from our prejudices and voting patterns to how likely we are to exercise or use sunscreen.  Nowhere is this more clear than religion, when a celebrity passes away, or when a tragic event such as a terrorist attack takes place.

As the human awareness of mortality dawned on our ancestors, they were drawn to belief systems that helped them continue to act with equanimity. These cultural worldviews portrayed the world as a meaningful, purposeful place in which death is not the greatest end. Until very recently, these worldviews almost always included the idea of a literal afterlife for some aspect of oneself — a soul — but also included modes of transcending death via permanent symbolic marks of the self, such as heroic deeds, great achievements, memorials, and heirs.

Tonight I was unfortunate enough to see a Facebook group devolve into a cro magnon mob of scared, unintelligible people because some helicopters were flying over our city without explanation. The fear that I could see in their comments about the unknown made me wonder why people get so scared? Do they think they will live forever? Do they want to? I watched as the comments devolved into hatred of other cultures as they assumed that there was an imminent attack.  Inevitably such fear and mob sentiments turned inward to prove such comments by quoting religious tenets and doctrine.

In another example of fear ruling the mob I watched on the television as a group of people gathered in one county office to help insomuch as possible to try to again overthrow the supreme courts marriage equality ruling.  Here again fear this time of change was the underlying cause. Do they fear that equality will somehow invalidate their beliefs? Do they fear that they might be a slowly shrinking minority?

As I leave you with one of my favorite Frank Herbert Quotes, please ponder this. If we all stop being so afraid of death, and love each other and the moment we are in, what might this beautiful world REALLY look like to a child?  If we didn’t start their lives by indoctrinating them such fear how would they react in the future to such issues? I do not fear death. I embrace it. When death comes for me I will be ready, knowing that I lived. I truly lived.

“I must not fear. Fear is the mind-killer. Fear is the little-death that brings total obliteration. I will face my fear. I will permit it to pass over me and through me. And when it has gone past I will turn the inner eye to see its path. Where the fear has gone there will be nothing. Only I will remain.”
― Frank Herbert, Dune